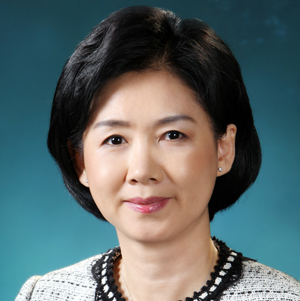 Dr Youngmee Jee is Special Representative for Health Diplomacy, Korea Foundation and a Visiting Professor at the Graduate School of Public Administration, Seoul National University.  Dr Jee now serves as Special Advisor to the Prime Minister in Health Affairs and has been appointed CEO of the Institut Pasteur Korea. She has broad experience in collaborating with WHO and international public health partners. Currently, Dr Jee is a member of the WHO International Health Regulation Emergency Committee on COVID-19 and of the WHO Scientific Advisory Group for the Blueprint on Research and Development Preparedness for Epidemics.

From 2014 to 2019, she served as Director-General of the Center for Infectious Disease Research of the Korea Centers for Disease Control and led various international activities including the WHO-Korea Joint Mission on MERS Outbreak in 2015 and the WHO International Health Regulation (IHR) Joint External Evaluation (JEE) on national public health emergency response capacity in 2017. She also served as a member of the Board of Trustees of the International Vaccine Institute (2016-2019) and President of the Korean Society of Infectious Diseases (2018-2019. She received a President Medal of Distinguished Service in 2017.

Prior to this appointment, Dr Jee worked for the Expanded Programme on Immunization in the WHO Western Pacific Region as a Scientist and Regional Coordinator during 2007-2014 to coordinate national and regional public health institutes in over 20 countries in the region. She received her M.D. from Seoul National University Medical School (1986), a Diploma in Medical Microbiology (1988) and her Ph.D. in Virology from the University of London (1997).