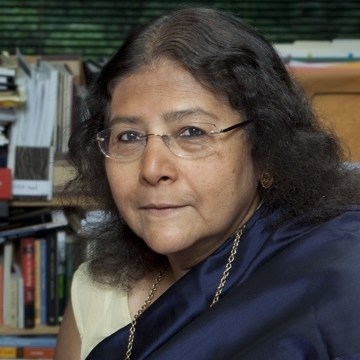 Sheila Jasanoff is Pforzheimer Professor of Science and Technology Studies at the Harvard Kennedy School. A pioneer in her field, she has authored more than 130 articles and chapters and is author or editor of more than 15 books, including The Fifth Branch, Science at the Bar, Designs on Nature, The Ethics of Invention, and Can Science Make Sense of Life? Her work explores the role of science and technology in the law, politics, and policy of modern democracies. She founded and directs the STS Program at Harvard; previously, she was founding chair of the STS Department at Cornell. She has held distinguished visiting appointments at leading universities in Europe, Asia, Australia, and the US. Jasanoff served on the AAAS Board of Directors and as President of the Society for Social Studies of Science. She is a member of the Council on Foreign Relations. Her honors include the SSRC’s Hirschman prize, the Humboldt Foundation’s Reimar-Lüst award, a Guggenheim Fellowship, an Ehrenkreuz from the Government of Austria, and foreign memberships in the British Academy and the Royal Danish Academy. She holds AB, JD, and PhD degrees from Harvard, and honorary doctorates from the Universities of Twente and Liège.

Join for the debut of research on 23 nations’ COVID-19 responses undertaken by 78 researchers from 47 institutions across six continents. The researchers will unveil their findings on why some nations succeeded while others failed, and outline lessons learned to help navigate the ongoing pandemic and practice public health differently in the future.