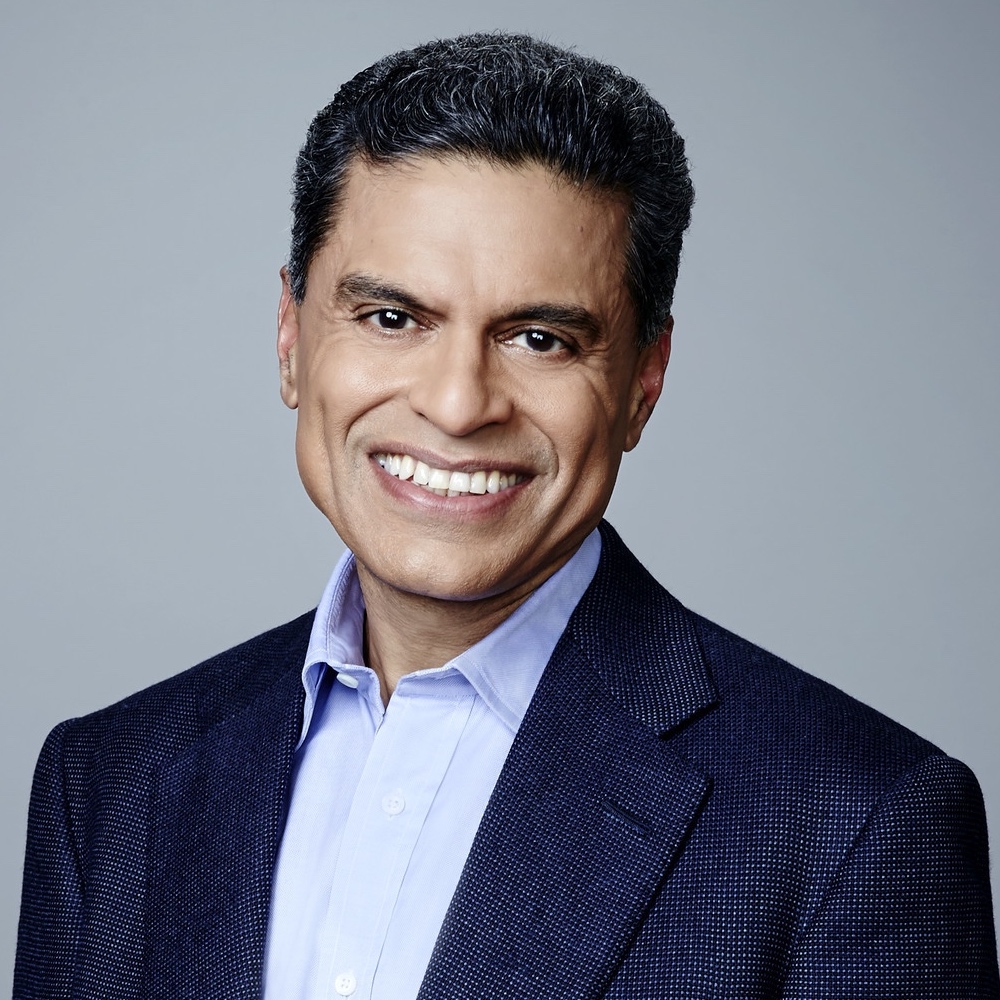 Fareed Zakaria has hosted CNN’s flagship international affairs program, FAREED ZAKARIA GPS, since 2008. He has interviewed Barack Obama, Emmanuel Macron, Vladimir Putin, Benjamin Netanyahu and Recep Tayyip Erdoğan, among others. The program earned the prestigious Peabody Award in 2011, and in 2009 it earned an Emmy nomination for a rare interview with Chinese Premier Wen Jiabao.

Zakaria is also a columnist for The Washington Post and the bestselling author of In Defense of a Liberal Education (2015), The Post-American World (2008) and The Future of Freedom (2003). The latter books have been translated into over 25 languages.

Zakaria was named a “Top 10 Global Thinker of the Last 10 Years” by Foreign Policy magazine in 2019, and Esquire once named him “one of the 21 most important people of the 21st Century.” In 2010, he was awarded the “Padma Bhushan” by the Government of India, one of the country’s highest civilian awards.

He holds a BA from Yale and a PhD from Harvard.