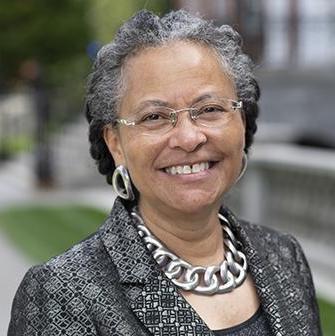 Camara Phyllis Jones, MD, MPH, PhD is a family physician and epidemiologist whose work focuses on naming, measuring, and addressing the impacts of racism on the health and well-being of the nation. She is a past president of the American Public Health Association, a senior fellow at the Morehouse School of Medicine, and an adjunct professor at the Rollins School of Public Health at Emory University. She was a Radcliffe Fellow at the Radcliffe Institute for Advanced Study at Harvard University from 2019-2020

Dr. Jones is a public health leader valued for her creativity and intellectual agility.

As a social epidemiologist, her work on "race"-associated differences in health outcomes goes beyond simply documenting those differences to vigorously investigating the structural causes of the differences.

As a teacher, her allegories on "race" and racism illuminate topics that are otherwise difficult for many Americans to understand or discuss.  She aims through her work to catalyze a national conversation on racism that will mobilize and engage all Americans in a National Campaign Against Racism.